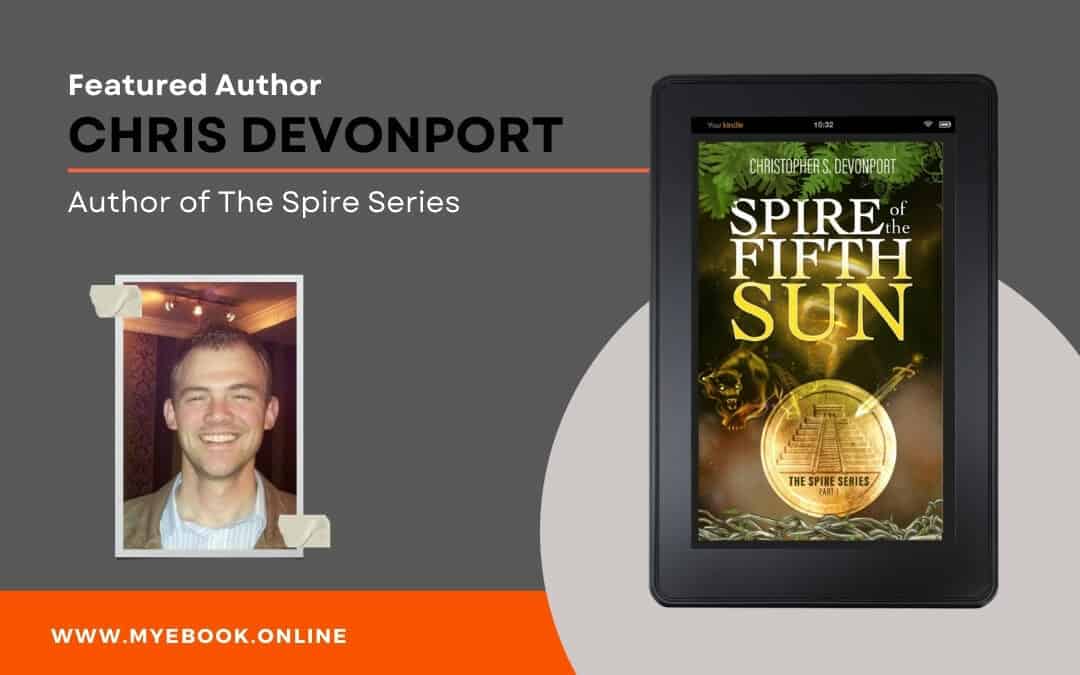 Our next author, Chris Devonport, is a Johannesburg-based writer who has been hard at work releasing his debut novel titled “Spire of the Fifth Sun”. This is the first part of a multi-book series and after starting to read this book I can honestly say I am hooked!

Spire of the Fifth Sun

Sharma, a mysterious mystic, leads the resilient people of the North to a new continent, which is full of devastating mysterious powers; exotic dangerous people and maverick Gods. He possesses the symbol of the Spiral, around which all things must revolve. Sharma’s motives are obscure, secretive and ruthlessly guarded as they journey to a new beginning.

A story of sacrifice and war, where five powers vie all-out for supremacy. Terrifyingly, for the people of the North, their mystic is increasingly losing his way and his protections for keeping enemies at bay, are fast being eroded. The wars are about to begin. Corvin, a youth of the timeless city of Natheros, finally has his chance to explore this strange land, as strange and inhuman forces threaten his people once more. Will he be able to find the Relics of the five powers and stop the coming cataclysm of the Fifth Sun?

How long did it take for you to finish the final draft of your book?

Final draft took 3 months. From idea to fruition was 3 years.

What makes this book different from others on the shelf?

It’s an epic hero’s journey that was loosely inspired by the theory of Spiral Dynamics for the setting and conflicts that transpire.

What was the hardest part of the writing journey for you?

Consistent daily writing and positive mindset maintenance to get the daily goal results.

Your favourite place to write?

Coffee shop or at my work desk at home in the quiet.

What kept you motivated to write during the times you felt stuck?

Seeing it done and being happy with what I have produced. The anticipation of readers enjoying the work and their feedback.

Tell us something about yourself that readers would not be able to guess?

I used to work as a plumber for a few years, an English teacher for a shorter time and at a hotel front desk for almost 2 years.

Have you written any other books?

Assuming you may not write full time, what is your day job?

How should someone get in touch with you?