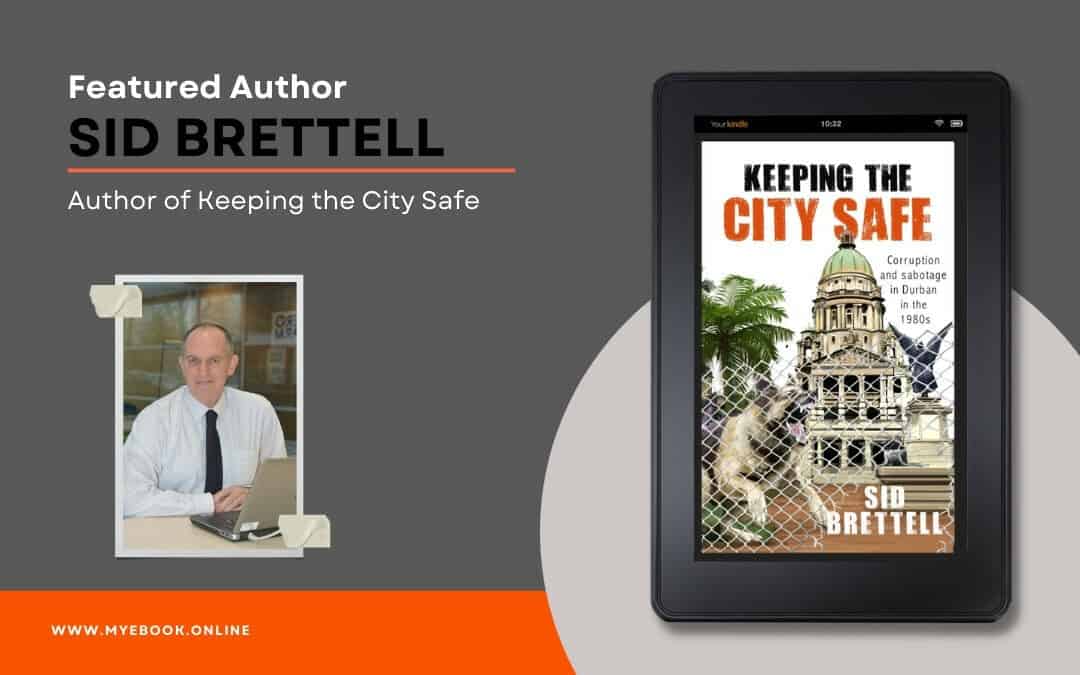 In our very first author showcase slot we take a look at an author from my old hometown – Durban! Expat author Sidney Brettell has recently published his 2nd title: Keeping the City Safe as a member of the Durban City Council Security department during the volatile 1980s. This follows his personal experiences after being a member of the SA Police Durban Dog Unit in the 1970s in the book Squad Cars.

I hope you enjoy the article!

Keeping the City safe. Corruption and sabotage in Durban in the 1980s

South Africa in the 1980s was at the crossroads. Black citizens were discriminated against by
racially biased laws and excluded from representation in government. Liberation movements wished to bring the government to its knees with civil disobedience and sabotage of vital City installations providing electricity, water and infrastructure, often causing civilian casualties.

The author was originally a Security Manager, rising to Chief of Security in the Durban City Council tasked with keeping the City’s buildings and facilities, staff and public safe, ensuring continuity of essential services, protecting vital installations, preventing and investigating corruption. Whilst responsible for keeping the City safe, efforts were undermined by a web of corruption at the highest level that had to be exposed.

This book is a valuable insight into a unique period in South African history, with the approaching endgame of the struggle for liberation, and the efforts of the City to ensure continuity of essential services against guerrillas determined to destroy infrastructure.

What makes your book different?
It is contextual history, possibly unknown to many South Africans, that was affecting people’s lives during a time of confusion and dramatic pending change. It presents another side to the other versions of history that is mostly quoted in mainstream South African media.

How long did it take for you to finish the final draft of your book?
A few weeks as I was updating and reviewing as I went along.

What was the hardest part of the writing journey for you?
Obtaining source material and verifying facts and recollections from people who lived through the events described in the book.

Tell us something about yourself that readers would not be able to guess?
I was a licenced second with the South African National Wrestling Control Board and supported Jan Wilkens in a World Super Heavyweight fight in Durban. I also judged two South African Wrestling title fights.

Best way for someone get in touch with you?
Squadcarsdbn@gmail.com